For people in Idaho Falls, the hobo spider is one of the most feared pests. These spiders have quite a reputation in the area both for being scary to look at and for biting people. However, there are many myths that surround these spiders. 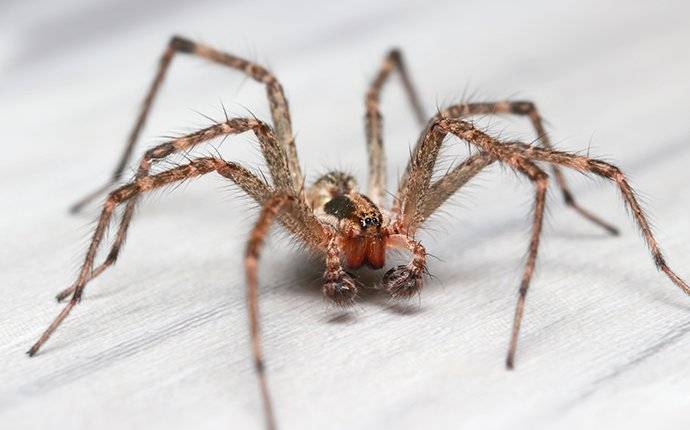 Hobo spiders aren’t as dangerous as you might have heard, but they still aren’t a welcome houseguest. The hobo spider belongs to a genus of spider species known as funnel-web spiders, and they are often best identified by the unique appearance of their webs.

By sight, you can identify the hobo spider by their light to medium brown coloring and the darker markings they have on their backs. Their legs are a solid color and their markings are in a chevron pattern. However, hobo spiders are often misidentified. They look quite similar to wolf spiders and even brown recluse spiders, although brown recluse spiders aren’t native to the area.

Unlike these other species, hobo spiders build distinct webs in a funnel shape. The webbing is heavy around the edges with a funnel-shaped hole in the middle.

The hobo spider was once thought to be dangerous to humans, but while there used to be some debate about how harmful they were, it’s now known that they don’t cause tissue damage or skin death. Like all spiders, hobo spiders have fangs and venom. While this venom is not strong enough to harm people, they are a rather aggressive species, so they can still be scary to encounter.

Hobo spiders prefer to live outside, but they will come inside occasionally. If they do make their way inside, it’s usually an accident as they don’t generally seek out indoor spaces for shelter. They are often found in window wells and once indoors they will build webs in basements and crawl spaces as they look for moist, dark areas. They are also almost always found on the ground level because they aren’t very good at climbing.

Spiders are upsetting to many people. If you don’t want to find hobo spiders in Idaho Falls around your property, there are some preventive measures you can take. While it’s not always possible to completely prevent spiders, you can follow these steps to make your property less appealing to them:

The Best Way To Prevent And Eliminate Hobo Spiders

While hobo spiders don’t always come inside, it can still be frustrating to have them around your property. If you’ve noticed hobo spiders or any other spider species, the most effective way to handle spider prevention and control is by contacting the experts at Falls Pest Services.

We have a variety of pest control services, and we even offer free estimates to help you get started. Give us a call at (208)-576-4954 to learn more.

Complete the form below to request your quote from Falls Pest Services.

These guys are the best! They do a GREAT job and are the nicest! You can’t beat their high quality! Say goodbye to your bugs forever if you use them